This is a page about some of the mechanics of ‘big data’, specifically how to store, transfer and process perhaps 100s of millions or billions of rows/events. 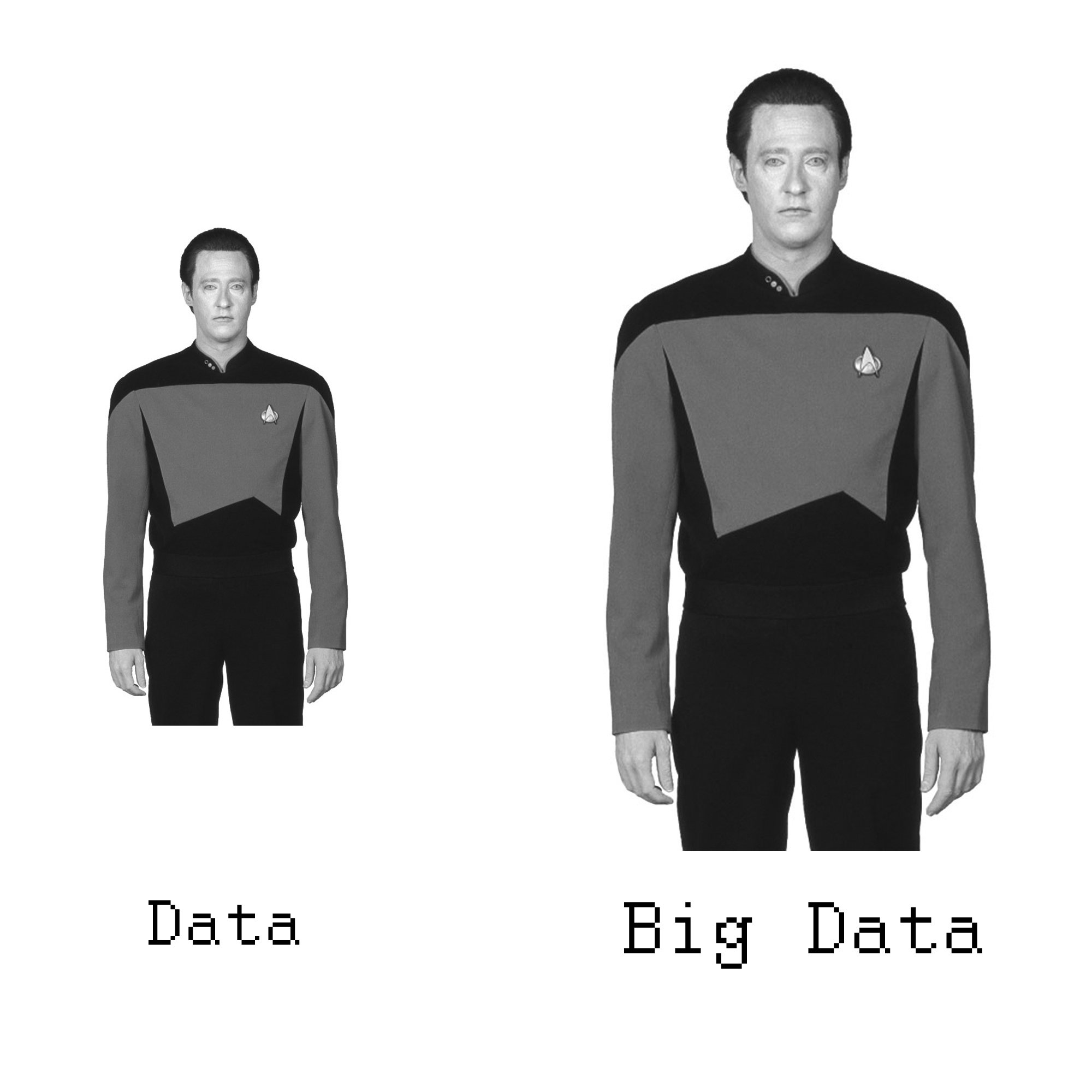 Although some people think big data starts at 65k rows, at which point Excel used to lose it, I’m talking about gigabytes of data here.

Infrastructure for this kind of thing abounds. Data can however come from lots of sources, and go to lots of different places. In between we need a robust storage or transfer format that is universally available and understood.

And it turns out that this isn’t a particularly well solved problem. As Daniel Bachler notes in a Tweet “It’s a weak point of modern data infrastructure - at @OurWorldInData we joke that CSV files are the technological frontier.”

Let’s start out with the humble CSV file:

Real life big data practitioners know CSV as a reliable work horse. It is universally understood, you’ll never face any kind of barrier. And this is very important - most environments are not setup to generate big data. Your need for data comes on top of the actual work being done. You don’t want any unnecessary hurdles.

When writing CSV, it is however very easy to mess things up:

CSV is good enough to be the best universally supported format, but it does have its issues.

I asked Twitter for inspiration on CSV alternatives, and the Internet really delivered (thanks!):

Sqlite3 turns out to have been the most suggested solution, so I gave it a spin. We want to retain the CSV goals, like low overhead, universal accessibility, robustness. Sqlite delivers on all these fronts. It for example has built in tooling for dealing with corrupted files.

Modern Sqlite can be type safe, so it will not allow you to insert a string in a floating point field. Its support for prepared statements means we don’t have to worry about escaping.

But is it compact? Does it scale? Is it fast enough? I built a small open source library that allows you to store data like this:

This provisions a table for you automatically, and also adds fields/columns as needed. This example program creates one billion rows, most of which contain an integer, a floating point and a small string. Data is committed once every second. Journaling mode is set to WAL, which means that while the file is growing, data can be accessed without interrupting the writing process.

Here is the performance:

Or in other words, 507099 rows/second, 27 bytes/row. In terms of efficiency, you’d be hard pressed to do any better even if you rolled this by hand.

In fact, if you export this database as a .CSV file, it becomes bigger (33.7GB).

To round this off, sqlite is now truly world infrastructure. Every phone carries around a ton of sqlite instances. The intellectual property is also completely public domain and there is no chance that anyone will eventually try to ‘monetize’ your use of sqlite.

Now, many people raved about DuckDB. As a test, I imported the CSV file into DuckDB, with the following somewhat astounding result:

The file is now only 4.7 GB large? Can this be real? Let’s check some answers:

Now how does this compare to sqlite?

Now don’t get me wrong. The sqlite numbers are very good. It is the DuckDB numbers that are simply unbelievably astounding!

A hint at how this is possible can be found in the ‘real’ versus ‘user’ times. DuckDB is able to recruit multiple CPUs to do the work, allowing it to use 21 CPU seconds in only 3 seconds. In addition, internally, DuckDB vectorises calculations, enabling every CPU core to do more work per cycle.

Finally, the clever use of column storage makes it possible to compress the 27 GB of data into 4.7 GB. This saves a lot of memory, which in itself can also be a huge speedup (because you don’t need to swap & the hit rate of various caches goes up).

For now, sqlite appears to be a very good option. Everyone can write it, everyone can read it, it is truly public domain, it is type safe, compact and fast enough. But it is not the final word - the DuckDB example above shows what clever data storage could do. It is great news that we have DuckDB to do analysis once the data is in, though!

It would be wonderful if we could get the storage smarts from DuckDB or Parquet, but in a way that also allows us to look at the data without shutting down the generating process first.

I hope we can make it happen!